In South Florida there are crocodiles living in a nuclear power plant…but it’s not exactly what you’re thinking right now.

The American crocodile is an ancient survivor that is in many ways misunderstood and often mistaken for its crocodilian cousin, the American alligator. In the continental U.S. it is only found in Southern Florida where it prefers the warmth of the subtropical climate and the rich habitat of the coastal mangrove fringe. Crocs and gators occasionally share space in these mangrove swamps but check out the picture below. You’ll notice the pointy snout of the American crocodile with its interlocking teeth on the bottom, compared with the more blunt snout of the American Alligator with lower teeth that are concealed when its mouth is closed. 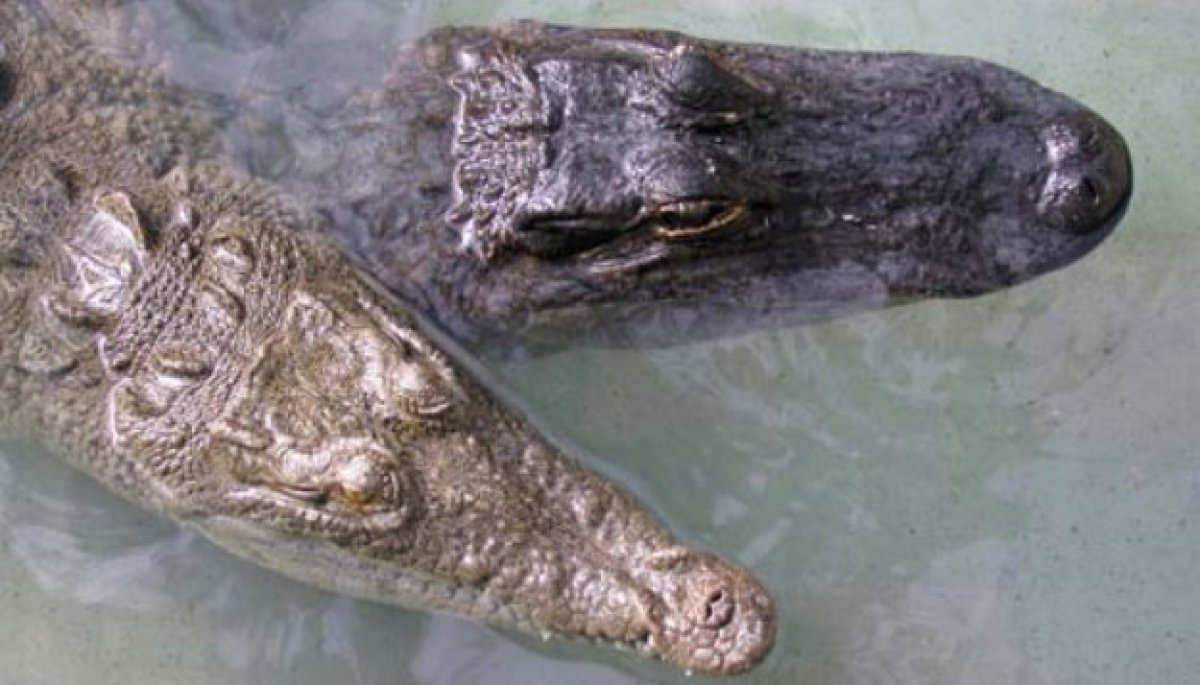 Florida Power and Light’s Turkey Point Nuclear Power Plant uses a winding network of man-made “cooling canals” to keep its nuclear reactors running smoothly. The 168 miles of canals are located just off of Biscayne Bay which is natural crocodile habitat. While other developers in recent history have paved over much of the American crocodile’s important nesting grounds, the soft, sandy berms that were created during the cooling canal construction have proven to be ideal nesting grounds. Biologists at Turkey Point keep close watch on the crocs and are seeing an average of over 20 nests annually. Today, American crocodile numbers are up approximately 5 times what they were in the 1970’s!